Almost all of us recognize the ubiquitous Daffodil flower to be one of the first signs of the Spring season throughout the majority of these United States, but did you know that nearby Gloucester County, Virginia, (established in 1651) has long been considered “The Daffodil Capitol of the America”? Ok, so in all fairness, this is really a self-determination as the County seemed to pretty much gave the title to itself, but it would be difficult to argue that this determination isn’t mostly true based on its long standing history of Daffodil production and selling, as well as the largest annual Daffodil Festival in America.

The Annual Gloucester Daffodil Festival usually takes place the first Saturday and Sunday of April and is the biggest annual festival in Gloucester County attracting more than 20,000 visitors each year.

A fun filled, family friendly event, the festival is the best of all things Daffodils and Spring! The event features:

The History of the Daffodil in Virginia

A relatively small county located in Virginia’s Chesapeake Bay Region, Gloucester has been well known for it’s Daffodil fields and production since those early beginnings in the 1600’s when some of the first settlers and colonists brought the bulbs with them from England. With plenty of land, and good growing conditions, the bulbs that were first planted throughout the fields and gardens of first Gloucester then nearby Mathews Counties quickly spread and multiplied as they are low maintenance plants that do not require much attention. Many fields throughout the region were soon covered in a sea of wild daffodils each Spring that attracted visitors from far and white to marvel at the golden fields along the roadside and waterways.

A few entrepreneurs in the early 1900’s soon saw the value in this beautiful resource, and began to cut and transport the colorful array of different cultivars once bloomed, and shipped them to other relatively nearby ports of call via steamboats departing nearby Mathews County. During and after the Great Depression era, the Daffodil became more popular than almost any flower in America, including the Rose as it was far less expensive to grow and ship.

During the height of Daffodil production in the area between 1920- 1946, it is estimated that approximately 120,000 Daffodils a Day where shipped during peak growing season in early spring. Alas, overproduction started to bring prices down, and not long after the Second World war, most growers had converted their land to more lucrative means.

While Gloucester was still considered to be in its peak for Daffodil production, the first Gloucester Daffodil Festival was held in 1937, and continued as an annual event through 1941 when it was then suspended due to the war. It was once again revived 1986 in part by the combined efforts of the citizens of Gloucester, the Parks and Rec dept., and most notably of Brent and Becky Heath. The Heath family had been in the Daffodil business for generations in Gloucester, and once owned the Daffodil Mart in Gloucester that has since become Brent and Beckys Bulbs. Brent Heath and his wife Becky have become industry experts having been featured in many well known publications, and Brent and Becky’s Bulbs are considered to be the premier provider of Daffodil bulbs offering some of the highest quality and award winning cultivars of not only Daffodils, but other bulbs and perennials as well. 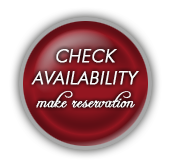 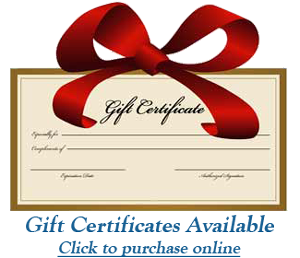 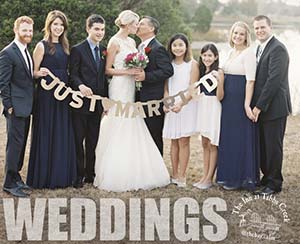 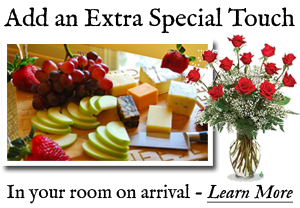 Around the Inn Gallery 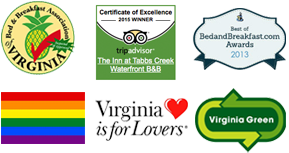 Stay Inn with us and Save 50% this Winter.

Book a two-night stay and receive
50% off your third night!